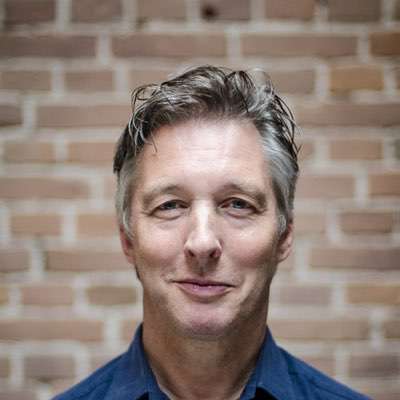 Transport by water: so much more than connecting you from A to B

For years, governments have been investing in tourism-recreational product development within cities and regions. Giving a boost to the local or regional economy is the most important motive. More and more we see that these investments are linked to (already planned) projects in the field of green, heritage, infrastructure and mobility. In this way, various sectors work with more money on pragmatic economic development of the city and region.

BLOC has a (often initiating) role in many of these developments: the redevelopment of the Kinderdijk World Heritage Site, the Biesbosch National Park investment program, Haringvliet Dream Fund, the “Groene Hart” icon approach and “Waterpoort business cases”. Water transport plays an essential role in all these projects. It relieves the – often strained – land-bound infrastructure (think of the dike between Alblasserdam and the Kinderdijk World Heritage Site), makes a positive contribution to the environment, makes places accessible (Biesbosch and Kinderdijk), makes the arrival of new target groups possible (river cruise market in, for example, Kinderdijk, Gorinchem and Willemstad) and adds a clear experience (attraction value) to the experience of holidaymakers and tourists. To achieve this, we work together with transport companies, ship owners, developers, tourism and recreational companies, local residents and local and regional authorities. Only the combined deployment of these stakeholders ensures the realization and utilization of a good transport network over water and a contribution to the economy of the area. Water transport is not a means but a prerequisite for successful area and product development. Below some examples from practice.

A few years ago, the World Heritage Kinderdijk Foundation (SWEK) was on the threshold of a technical bankruptcy. Maintenance of the mills cost too much and there was too little income from paying activities at the park. The solution was found in stimulating the growth of paying visitors through the development of a new visitor center and more accessible (and paid) activities at the park. Bringing these visitors in via the road to the World Heritage Site was, however, irresponsible, there simply was not enough physical space and a shortage of parking spots. In addition, it caused understandable objections from local residents who didn’t want to have even more touringcars and visitors in front of their house.

Water transport offered the solution. The active collaboration within the Waterdriehoek (public-private partnership around Dordrecht, Kinderdijk and the Biesbosch) made it possible to construct a new jetty that made the arrival of individual transport from Rotterdam and Dordrecht with the Waterbus possible in combination with a larger berth for river cruise ships (a total investment of around half a million euros). With this investment it became possible to realize a fast service connection between Dordrecht and Rotterdam with a connection to Kinderdijk during off-peak hours. A connection that was cleaner, more accessible and above all much nicer than a trip by bus or car. This allowed a new stream of visitors to be tapped (in the first season of 2015 30,000 people were transported by water bus, in 2016 there were already 50,000) that helped to ensure that World Heritage Kinderdijk is now financially healthy again (read more about this in our Blocnote: The Next World Heritage).

In 2015 we were asked by the Haringvliet Dream Fund (cooperating nature organizations) and Waterbus BV to work out a business case for the realization of an exploitable transport network over water, within and to Haringvliet. Aided by the resources from the Postcode Lottery, nature organizations worked (and works) on the so-called Dream Fund project that should make the Haringvliet a nature destination. Large-scale nature development (made possible by adding salt water, the Kierbesluit) in combination with opportunities for tourism and recreation are the basis of this project. Together with Waterbus BV we worked on a destination analysis and tested the economic feasibility of a network over water.

As the Haringvliet is still under development, a large-scale access with a transport network such as that of Waterbus turned out to be too early. It was important to look at the environment and to investigate whether possible combinations could be made from that region. It was decided to launch a pilot in the summer of 2016, in which Dordrecht and Willemstad (and therefore the province of Noord-Brabant) were explicitly investigated as a possible starting point and part of the route in addition to the Rotterdam option. The first evaluation of the successful pilot (around 9000 passengers) showed that the Haringvliet round (which mainly used the tourists present on the island) and the Dordrecht-Willemstad-Tiengemeten connection were popular. Together with the Dream Fund partners, the provinces of Noord-Brabant and Zuid-Holland and the regions concerned, work is now being done on a regular seasonal timetable for 2017 in which the ambitions and resources of the joint stakeholders are bundled and utilized.

Waterpoort, the region in the southwestern delta on the border of Brabant, Zeeland and South Holland, is working on an approach to sustainably strengthen the economy. Tourism and recreation, delta nature, cultural history and the biobased economy are important pillars for such a development. Together with municipalities within the region, the province of Noord-Brabant and public and private institutions and companies, we are currently working on various business cases. One of the cases concerns the strengthening of the regional (tourist-recreational) product, including the West Brabant Waterline and the Stelling van Willemstad. Another concerns water transport. A specific approach for positioning the region to the cruise industry, with an approach focused both on the required infrastructure and on the product, is combined with the follow-up to the Waterbus pilot (see above) and the stimulation of small-scale private water transport . In 2017, these business cases must be converted into concrete projects to be implemented.

A case in the start-up phase: BLOC works together with provinces and municipalities on an approach to realise water transport for the IJsselmeer. We are working on a business case that connects the destinations on the IJsselmeer in a more sustainable way and thus position the area more as a whole. Relieving traffic arteries and combining now-known destinations such as Volendam, Enkhuizen and Monnickendam, not to mention Amsterdam and Almere (Floriade 2022) are important starting points for the future approach. Market demand is central to this.

Water transport, sustainable and based on healthy operation, is feasible in the Netherlands and offers many opportunities in our water-rich country. For example, the approach around the IJsselmeer is not even underway. The arrival of the Floriade offers excellent opportunities for structurally connecting Amsterdam and Almere by water. In addition, there has been talk for years about expanding the ferry system within Zeeland and the Biesbosch is working on a water-connecting network that should increase the accessibility and earning capacity of the National Park.

Water transport requires a combined public – private approach in which the government invests in starting up potential pilots and preconditions / infrastructure issues. The business community is responsible for the product offered, both on land and on the water.

Water transport is not a goal in itself but part of a broad area development.